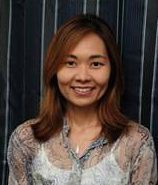 Dr. Wendi N. Harada Shibayama was born and raised in Honolulu, Hawaii.  She graduated from Kaimuki High School and later attended the University of Hawaii at Manoa.  Because of her ethnic background and her love for the culture, she pursued and earned a Bachelor’s degree in Japanese.  By studying Japanese, her intention was not only to honor Japanese culture and language, but also to better serve the Japanese people by utilizing her fluent language skills in the medical field.  Subsequently, she attended Pacific University College of Optometry in Forest Grove, Oregon where she graduated with distinction earning a Doctor of Optometry degree.
Dr. Harada Shibayama is a well-respected practitioner who is known for her meticulous approach to eye and vision care.  She believes that the visual system is not an isolated structure but rather it is an integral part of our overall body health.  Therefore, in practice she prides herself in maintaining and treating a patient’s body and eye health.  She is a caring and empathetic doctor who is always willing to listen, council, and answer any questions patients may have regarding eye and vision care.
Because of her overall understanding and compassionate demeanor, it is no mystery why she is an amazing wife and mother.  In Dr. Harada's free-time she enjoys spending time with family and playing with her beautiful children.
Request An Appointment
Patient Intake Form
Customer Satisfaction Survey
Contact Us
Pay Your Bill Online

In consideration of our high risk patients, we kindly ask that all patients wear a mask throughout your visit to our office.  Thank you for your cooperation!

You can now TEXT us to request an appointment 🙂

Please include your name, preferred date, time and location.